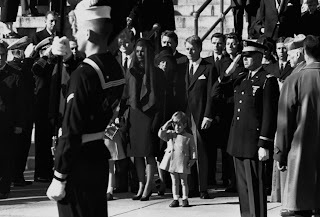 John F. Kennedy Jr. salutes his father's coffin along with the honor guard.

I chose this photo because it's adorable but really sad at the same time.
I like how the photographer involved other soilders in the phot that are also saluting & not just the boy by himself.
It's a one of a kind photo & it just goes deep. It touches your heart.
Cropped by: Joe O’Donnell
(No photographer got credit) 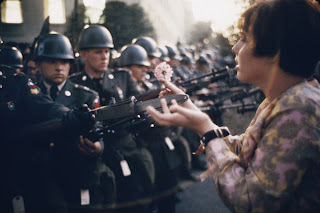 "La Jeune Fille a la Fleur," a photograph by Marc Riboud, shows the young pacifist Jane Rose Kasmir planting a flower on the bayonets of guards at the Pentagon during a protest against the Vietnam War on October 21, 1967. The photograph would eventually become the symbol of the flower power movement.

I chose this because I LOVEEEEE hippies & I know that if i had been around in that era I would have been a die hard supporter of the Flower Power movement.
I think the photographer used an excellent range & zoom level.
Well this photo made the Top 40 because its super rad. Plus, it was the symbol for the Flower Power Movement, A VERY important movement !!!
Photo by: Marc Riboud 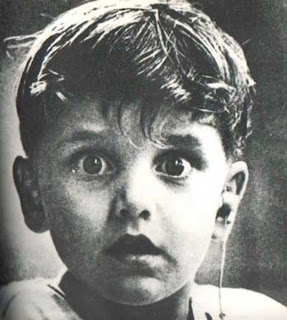 Harold Whittles hears for the first time ever after a doctor places an earpiece in his left ear.

I chose this because this because the look on his face because he was given the opportunity to hear for the first time & he looks like he's in awe: ) .
The photographer got his whole face & just the perfect timing. This is really a really beautiful picture.
This photo is amazingly epic .